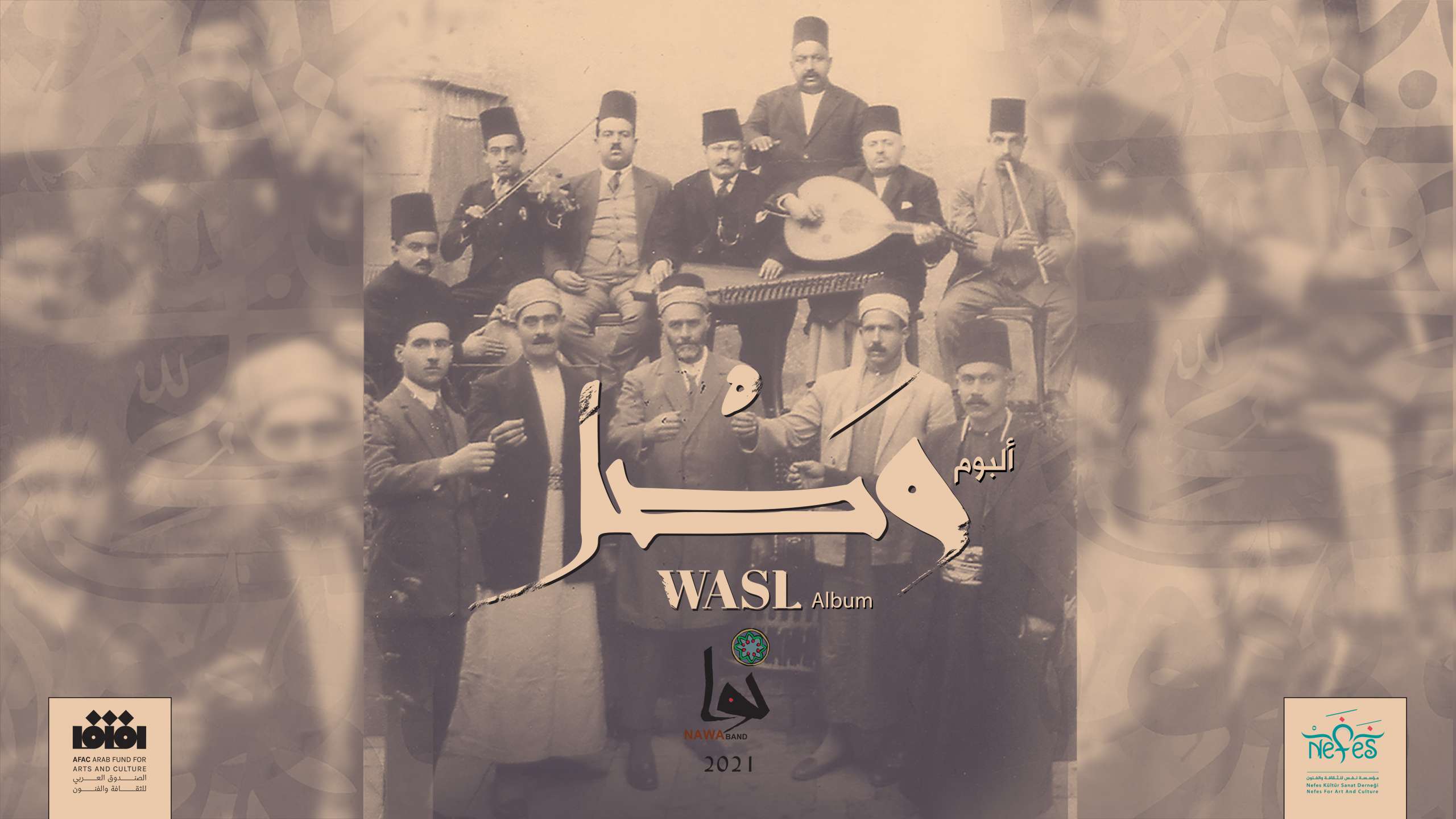 Music researcher and percussionist Ibrahim Muslimani crowned years of research and documentation by recently releasing the awaited album Wasl through the band he leads, Nawa. The album features rare compositions from Syrian musical heritage, some of which were verified, documented and recorded for the first time in the history of Syrian music.

In Arabic, the word Wasl is related to the musical term Wasla, which denotes a group of musical works composed on one specific maqam. Wasl Album, hence, is a connection between two different eras and generations, ancient Syrian music before 1950, and our own time.

All musical compositions presented in the album date back at least the first half of the twentieth century, with some dating back to five hundred years ago. These musical compositions have been forgotten or distorted over the years and were chosen for the album for their artistic beauty and historical value. All of them were thoroughly verified and documented through consulting hundreds of manuscripts and sources in various formats to ensure the most accurate scientific details. Following that, they were recorded (in writing and performance) in their most original forms that have been buried for decades. All of this has been done as a service for Syrian musical history and a step on the way to documenting our great musical heritage.

Our old composers and poets, well-known or obscure, had a great role in inspiring our musical heritage. Today, our interest in documenting their works and bringing them to light, and placing them in the hands of the elite music lovers and musicians, is motivated by the hope of a new musical renaissance that emanates from original artistic foundations, taking off into the future with wings from the past as well as the present.

You can listen to the album through the following links